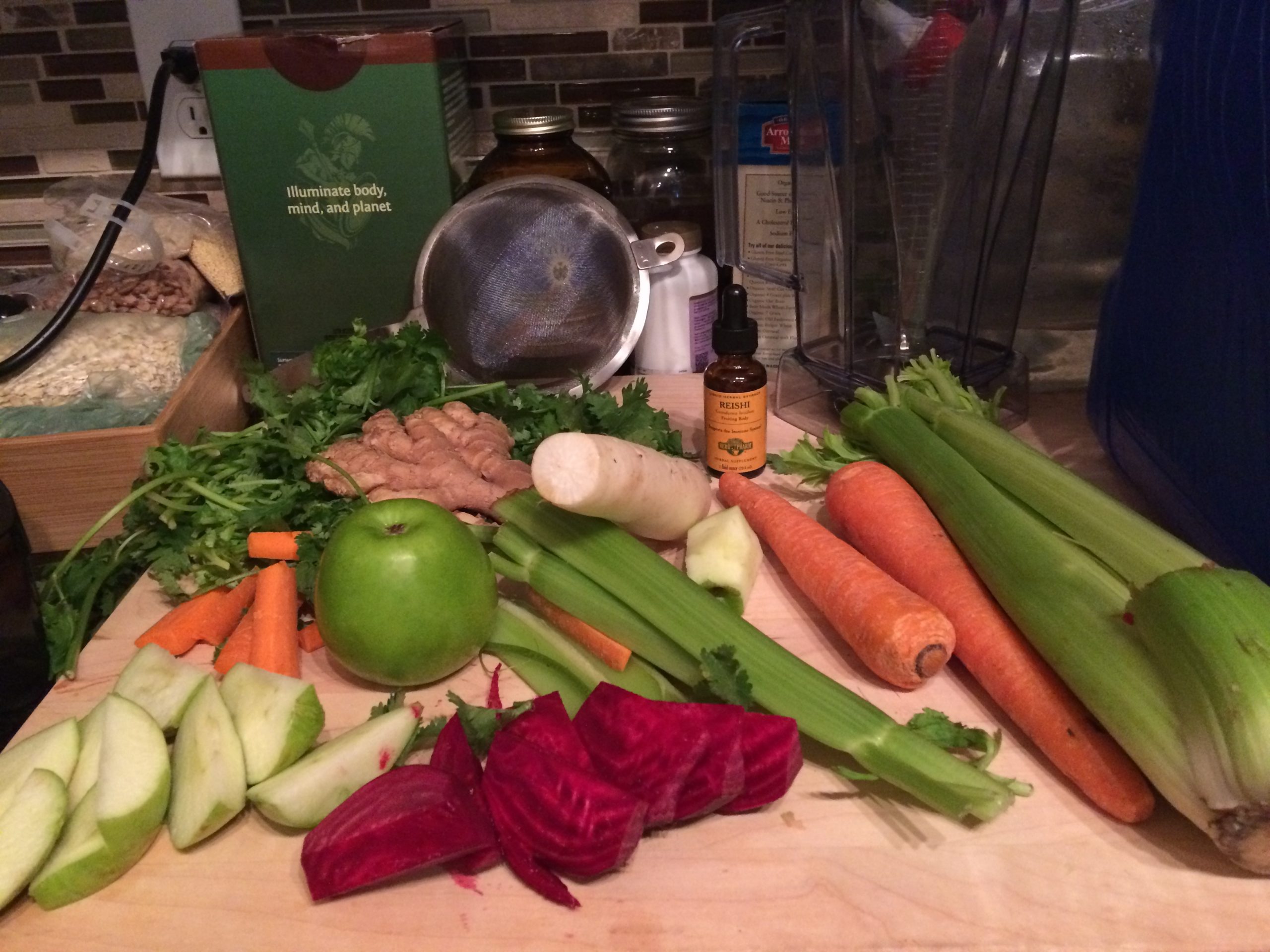 Juicing is an easy way to get tons of raw organic veggies and fruits into our bodies.  When we juice we assist our bodies in digestion to allow full assimilation of enzymes, vitamins, antioxidants, and minerals.  When our bodies receive this gift of Nature our immune systems boost, and our body’s vitality increases.  Once our bodies begin to realize that they are getting the nutrition they deserve they start to detox fat and toxic storages.  With the help of colon hydrotherapy to assist the intestines in releasing the sludge from processed foods that build up on the intestinal walls, our bodies begin to directly assimilate RawFood nutrients, and heal from leaky gut, and other life threatening dis-eases.  Chewing raw fruits and veggies is however very important in order to get nutrients from fiber, and a gift to our senses!  So unless you are planning a detox juicing program, give yourself the gift of textures, colors, and taste through chewing.  Juicing is an easy power packed way to get incredible health outcomes and hydration from fruits and veggies.  Juicing allows for variety and exploration of recipes and food combinations.  It is easy, colorful, and fun!

A healthy alternative to soy and cow milk products!  Processed almond and coconut milks in the grocery stores still have some strange and scary ingredients!   Making your own nut milks can offer you full awareness of all the ingredients you are ingesting. Making your own...

Did you know Regular Cleansing is Important for your Health? By: Shannon Connell, Health Psychology/RawFoods Educator

No matter how conscious and active we are in our health regime and lifestyles, environmental toxins inevitably find there way into our bodies via multiple pathways such as; the food we eat, air we breath, water we drink, etc. It is unavoidable. Cleansing offers us the opportunity to actively participate in our wellness, clearing ourselves of dangerous toxins, assisting our skin, kidneys, liver, bowels, etc. in transforming and excreting toxins. Unfortunately, without cleansing maintenance, our bodies become saturated and unable to keep up with our current environmental pollution crises. Thus, toxins become stored in our body’s tissue, fat, and organs.  Resulting in not only physical disturbances but mental disturbances as well, such as increased vulnerability to stress. 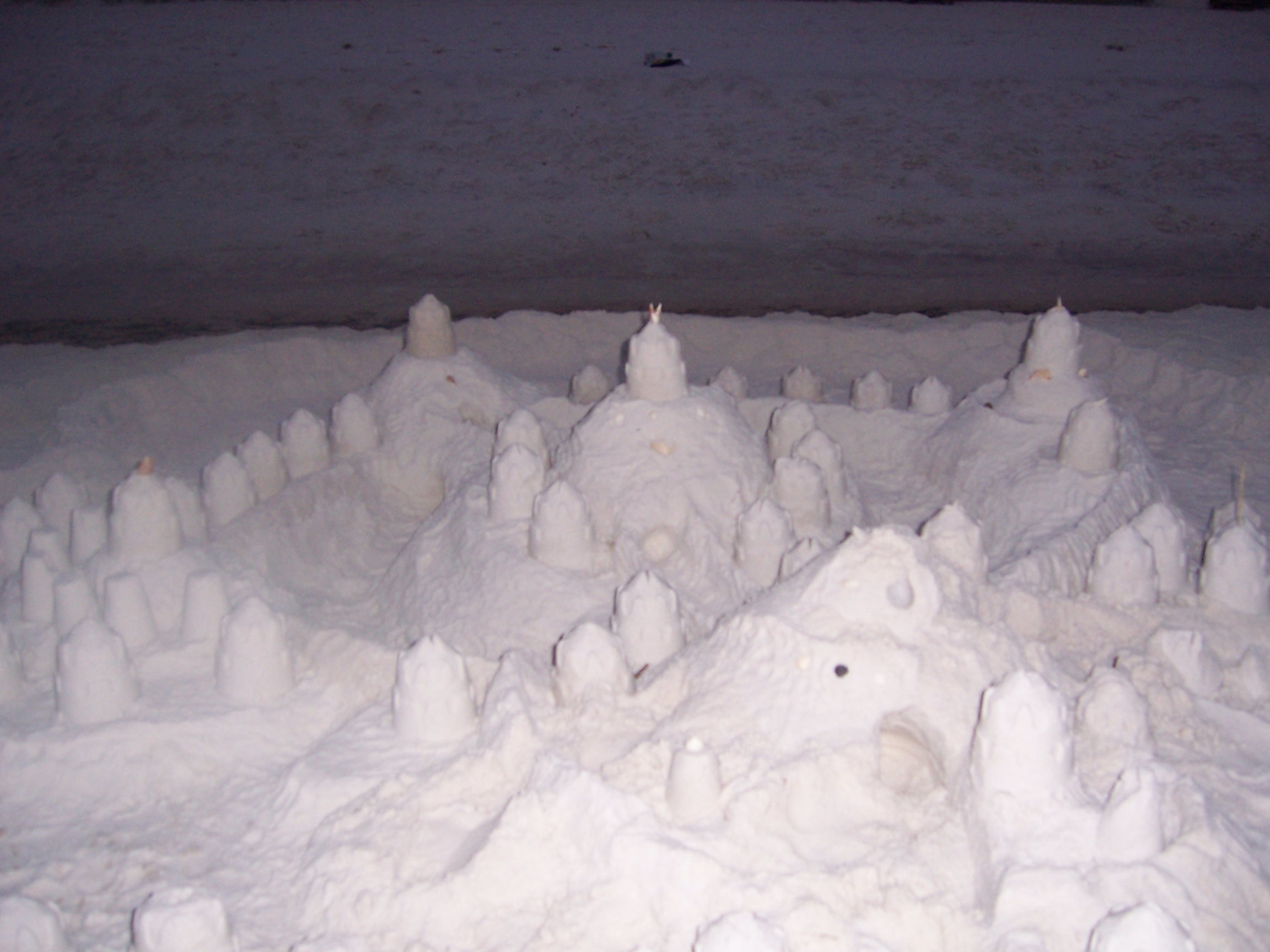 Depression and Anxiety: It’s the Now or Never Calling.

Depression and Anxiety maybe aren’t disorders of mind, rather disorders of focus. It is the chance to surrender and heal soul wounds. And why is it not socially acceptable to take a few days to rest and restore in preparation for change? To such degree you need a Doctor’s note to take some time off from the rat race, and relationships feel threatened? Socially, most are conditioned to find joy in other’s company. Media boast about all the parties, and travels. What about the company you keep with yourself? Depression isn’t healed with medication, or avoidance through social escapes. Research supports that medications make depression worse.  Depression is healed with love, loving self, and taking the time and space to explore soul wounds to heal.

Limitation is Due to The Mind.

Everyone looks at things from their own viewpoint. There are multiple truths, multiple perspectives, based on the perception. This shows not only distinctions in perceptional experience, but also distinction of one mind’s view from others. The mind perceives from its own experience and preparation.

Self forgets itself by relating to mind and body. As humans, we eat, breathe, love, and die within our physical forms. So it makes sense we associate with the physical. Our experiences within the physical create much of our mind stuff. But we are so much more! True Nature becomes imbued with the belief that it is limited to the body, and starts to think of itself as a product of cause and effect, time, a particular family, society, nation, planet. Thus, the soul gets shut out from true life.  Limitation is due to the mind. When this is realized the psychological self can reach beyond the things of the mind. 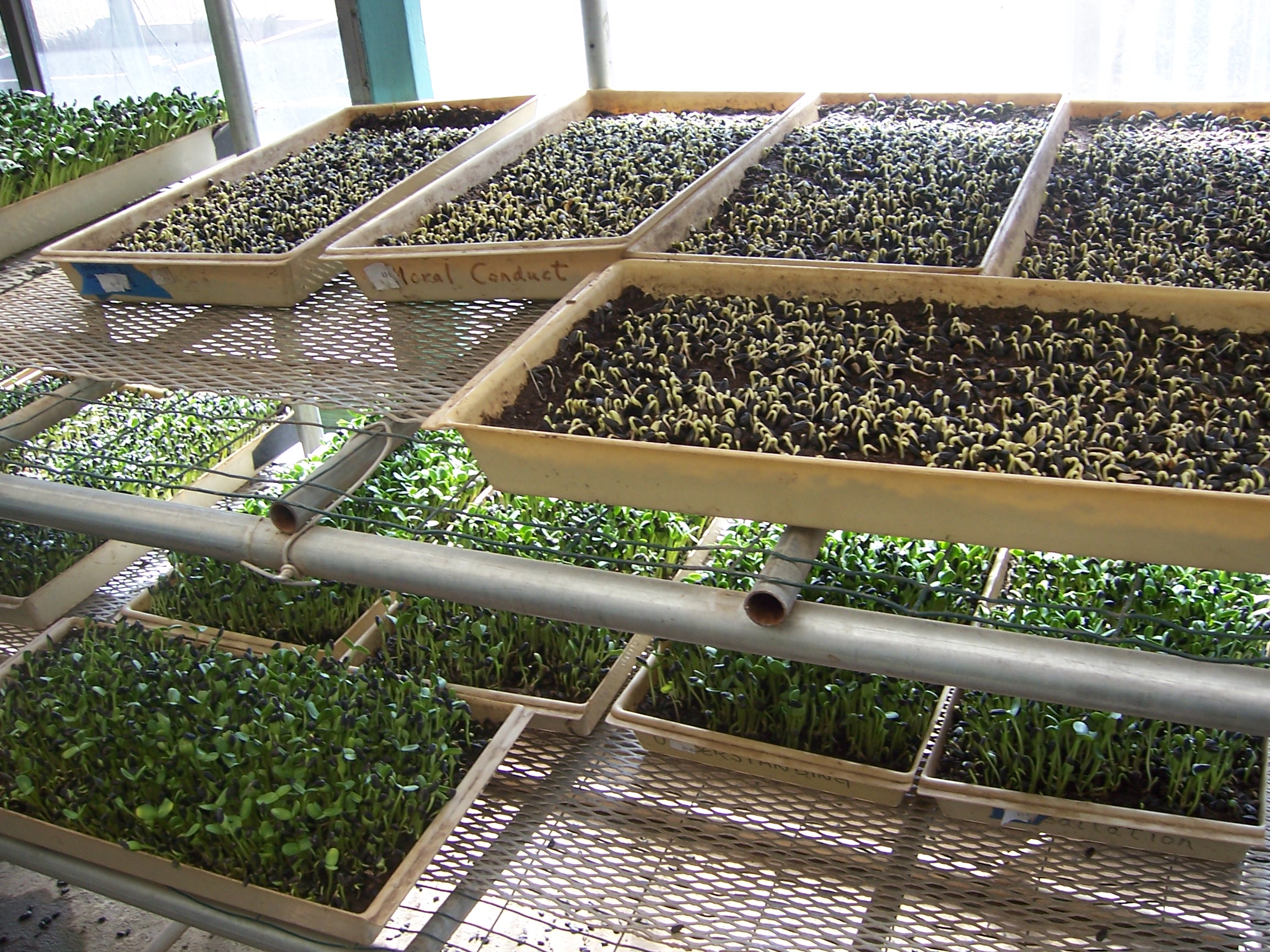 The Psychoneuroimmunology of Stress: Acute and Chronic

The Psychoneuroimmunology of Stress: Acute and Chronic

Psychoneuroimmunology (PNI) is a field of research that deals with the interaction of the central nervous system, the endocrine system, and the immune system, and how these systems can be altered through behavior and stress. The immune, nervous, and endocrine systems communicate to maintain health. PNI is interested in the effects of thoughts and emotion on immune functioning. Stress affects the entire being, nerves, cells, tissues, and systems of the body. Stress if held, can disrupt nervous, endocrine, and immune system functioning resulting in “dis-ease” of body and mind. 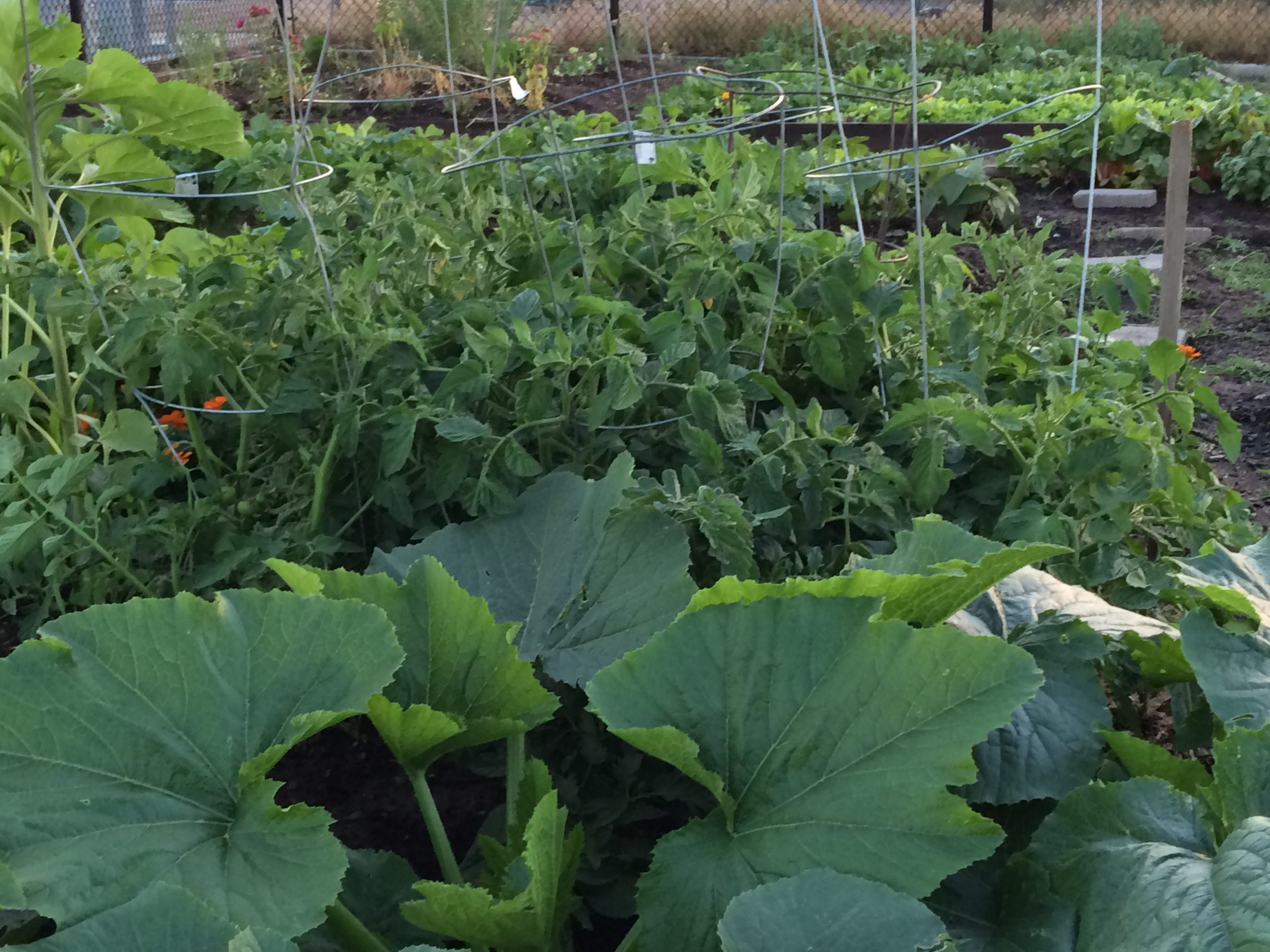 Agribusiness: Why did humans abandon their job to protect Nature? By: Shannon Connell

The unethical practices of food production and its transportation, packaging, and sales are the major contributors to the environmental and health crisis humans now face (Lappe, 2010). This becomes evident as the U.S. Federal government offers only 3% of annual funding to public health interventions in disease prevention and community health education (Schneider, 2006). The depletion of soil, water, and air along with the production of low nutritionally content foods and their consumption are major contributors to environmental pollution and to the current chronic disease epidemic, known as Syndrome X (Monat, Lazarus, & Reevy, 2007). Corporate control of our food supply has not only created a disconnection to Earth and Spirit, but has created a capitalistic overtaking which is inconsiderate of human and environmental well being (Hammers, 2002). There is interconnection between stress and cortisol levels, eating behavior and food choices, human health and environmental health (Epel, Lapidus, McEwen, & Brownell, 2001). Understanding the interconnectedness between all beings and all things is a vital realization for conflict resolution.

Yoga for Stress Reduction and Injury Prevention at Work

Every day, employees cope with various forms of stressors on the job. Increased risk for psychological and physical disorders may be due to work related trends such as working in repetitive and monotonous tasks, performing in a fast-paced environment, and or fearing a layoff during an unstable period in the economy. Psychological stress can be induced by extremely low or high demands on the individual and is a typical situation of many simple and repetitive work situations, in which health problems are common. This has innumerable health and financial implications for both employees and employers. Low job satisfaction and little variation in job task are significantly associated with back and shoulder pain. The majority of headaches people experience are tension headaches resulting from contraction of neck and shoulder muscles. Carpel tunnel and arthritis are associated with the repetitive strain from spending greater amounts of time at a computer. Job stress also can lead to burn out, and mental health challenges such as depression and anxiety. 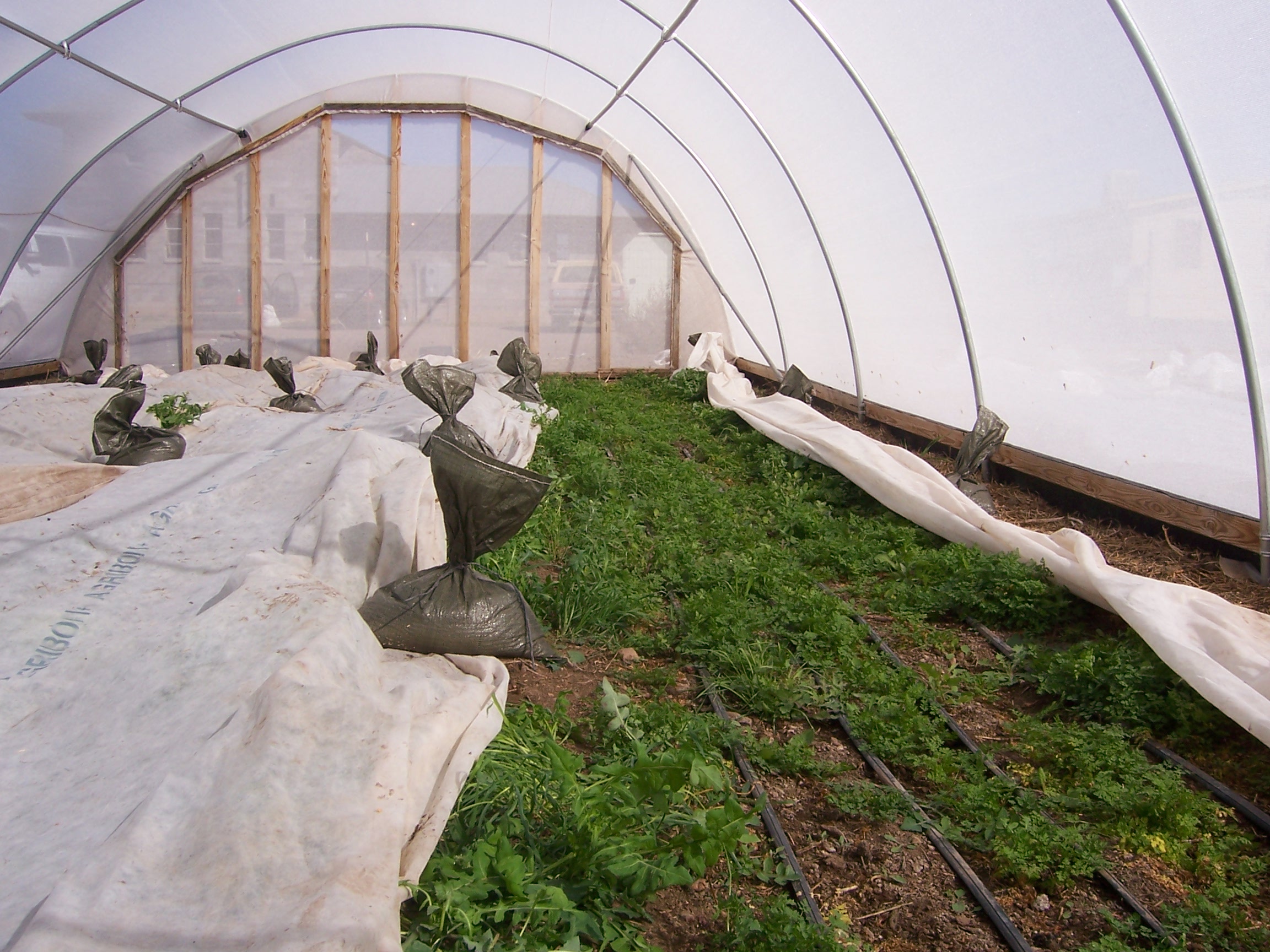 Did You Know: Cellular Inflammation is a Major Cause of the Increasing Chronic Disease Epidemic? 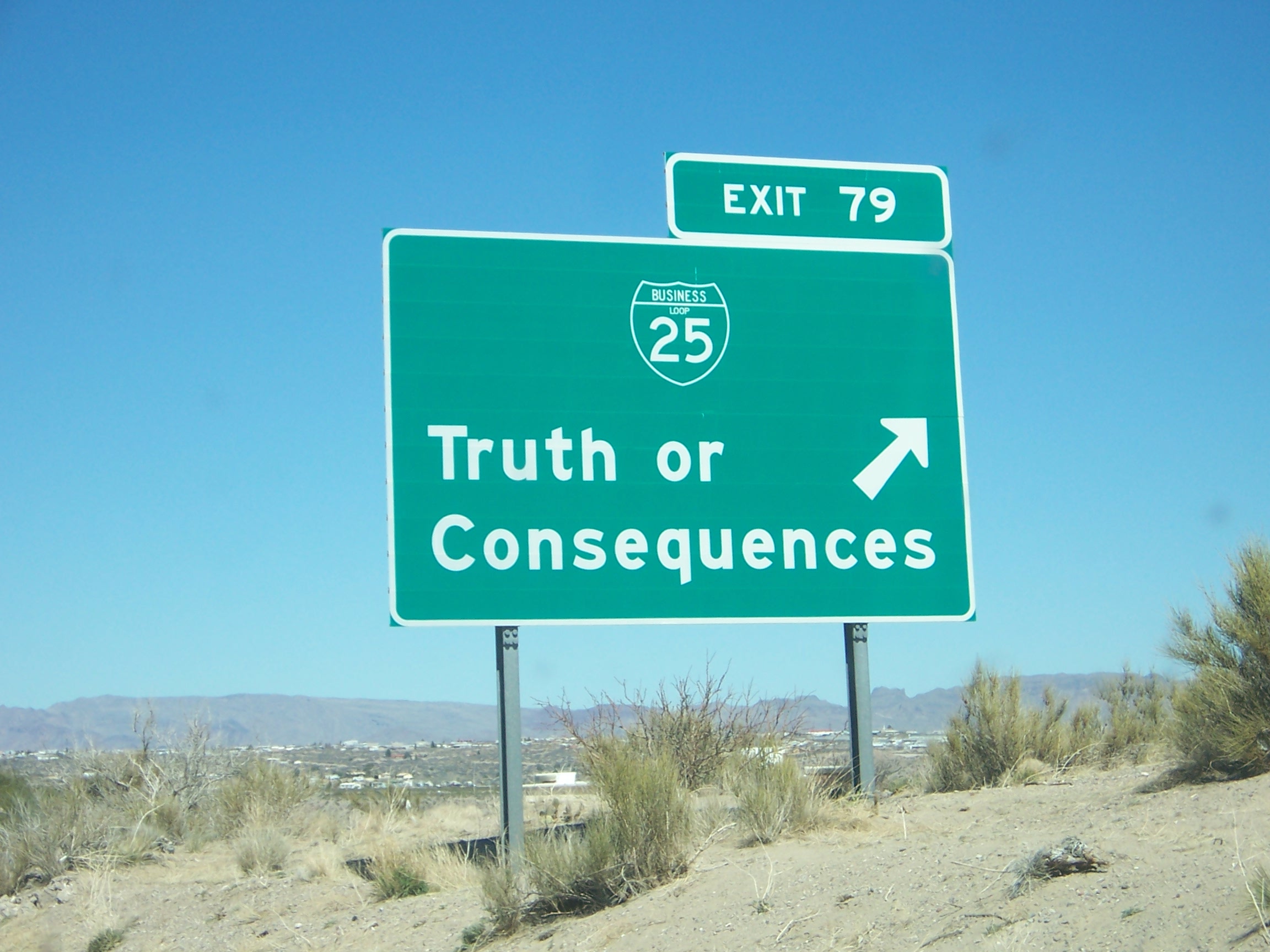 We have come to a point of instability. Our environment is under siege and our human population is increasing at an unsustainable rate (Lappe, 2010). The greatest paradox in the environmental crisis is that it is of human origin (Briggs, 2003). Pharmaceuticals, pest pollutants, industrial chemicals, heavy metals, hormones (Edwards & Meyers, 2008), agricultural wastes, improper waste disposal, transportation (Briggs, 2003), radiation (Page, Petrie, & Wessly, 2006), and animal agriculture (Lappe, 2010) are some of the significant polluters of industrialization, globalization, and human psychological misconception. Animal agriculture is the most significant (Lappe, 2010). Environmental pollutants are responsible for our current climate change (Roberts & Bacon, 1997, Lappe, 2010) and strongly connected to human psychological and physiological “dis-ease”.

The Dominant Social Paradigm (DSP) describes how human beings distort their true nature of being interconnected with all beings and all things (Roberts & Bacon, 1997). It is a paradigm that believes that we are the doers and that the earth was created for our control, just as in man’s misinterpretation of the Book of Genesis, believing that man has dominion over Nature (Roberts & Bacon, 1997). The DSP brings to attention the previous and current beliefs held by humans that there are unlimited resources, that private property is a right, growth is necessary, living in harmony with nature threatens economic growth, and that science will be able to solve all environmental problems (Roberts & Bacon, 1997). Perhaps the greatest human misconception is that we can create or think of anything as permanent.

Man’s perception that the earth is here for us to control, weak environmental legislation (Briggs, 2003), lack of policy, and conflicts of interest between corporate economic growth and environmental protection (Jaffe, Newell, & Stavins, 2004) has led to our increasing environmental health risks, especially in developing countries (Briggs, 2003). There are study correlations between environmental pollution and cardiovascular disease (Brook, Franklin, Cascio, Hong, & Tager, 2011), breast cancer (Wolf & Toniolo, 1995), Lung cancer (Page, Petrie, & Wessely, 2006), birth defects (Brook, et al., 2011), respiratory disease (Frampton, Samet, & Utell, 1991), anxiety, depression, and fear (Page, et al., 2006). One of the greatest challenges to environmental disease theories is that it takes time for a disease to develop and time for critical levels of exposure (Briggs, 2003). There is also the challenge of individual freedom versus policy change (Schneider, 2006). Many people still believe that environmental protection is up to the government and don’t pay attention to how their actions can contribute to environmental pollution or protection (Schneider, 2006). Education, research credibility, self-reflection and policy change are some necessary actions that need to be implemented, and we are running out of time.