We are not Bystanders and Our Choices will Ripple

We are not Bystanders and Our Choices will Ripple

People like the freedom of choice as it helps them to perceive that they have control. Blind obedience due to conditioning can lead to a weak sense approach to thinking and behavior.

People assume that prepared food, water, environment are safe. Yet it’s proving to be toxic and addictive. We can no longer be bystanders or expect to be saved by scientific, technological, and medical miracles.

There is a challenge between individual freedom and policy change. Most people still believe that environmental protection is up to the government and don’t pay attention to how their actions can contribute to environmental pollution, or protection.

Education, research credibility, self-reflection, emotional healing, and policy change are necessary actions that are in need of implementation.

The paradox is that we have become addicted to the very behaviors we need for survival in our current system: eating, sex, and money.

Social psychologists are influential in media and advertising, victimizing the population starting during childhood, establishing social norms that are unhealthy and corrupt. There is an egotistical force in the individual human consciousness that has become addicted to power and greed, at the cost of our health and the health of our environment.

The history of science has neglected the ethics and values in public policy and has silenced the voice of the community.

Why was the population formally left out of the decision process, yet now suffers the consequences?

There is a large time delay between scientific exploration, experimentation, implementation, and public announcement.

Health has become a stigma of wealth. Stressors such as injustice, racism and health disparity, that are believed uncontrollable, may become resistant to coping and behavior modification, resulting in continued elevation of stress hormones and chronic stress responses.

One of the greatest challenges to environmental disease theories is that it takes time for a disease to develop and time for critical levels of exposure.

People have become resistant to change their unhealthy behaviors. They have become addicts, and social conditioning is the bully, the dealer.

The desire to create more wealth, and the behavior towards creating more wealth, has put the majority of the population at risk.

The previous and current belief system held by humans that there are unlimited resources, that private property is a right, growth is necessary, living in harmony with nature threatens economic growth, and that science will be able to solve all environmental and human health problems is perhaps the greatest human misconduct.

There is a conflict towards resolution.

We are not bystanders and our choices will ripple. 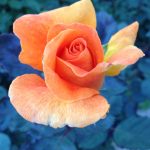 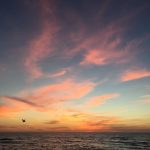 Crossing the Sea of the World

Sorry, the comment form is closed at this time.